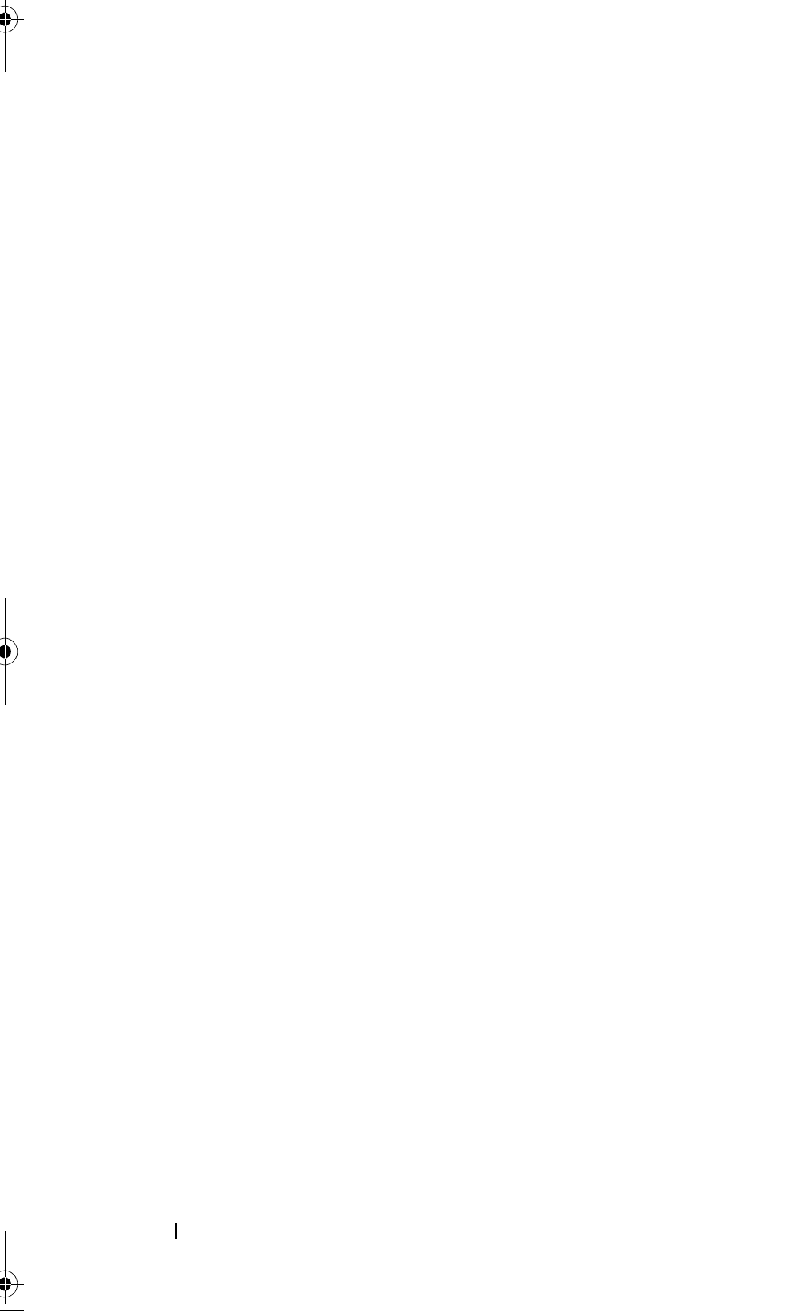 46 Configuring a Storage Array
command. On Windows, you must enclose the name between two
backslashes (\) in addition to other delimiters. For example, the following
name is used in a command that runs under Windows:
[\"Engineering\"]
For a Linux system when used in a script file, the name appears as:
["Engineering"]
Configuring a Storage Array
When you configure a storage array, you can maximize data availability by
ensuring that data is quickly accessible while maintaining the highest level of
data protection possible. The speed at which a host can access data is affected
by the disk group RAID level and the segment size settings. Data protection is
determined by the RAID level, hardware redundancy (such as global hot
spares), and software redundancy (such as the Snapshot feature).
In general, you configure a storage array by defining the following entities:
• A disk group and associated RAID level
• The virtual disks
• Which hosts have access to the virtual disks
This section explains how to use the script commands to create a
configuration from an array of physical disks.
Determining What is on Your Storage Array
Even when you create a configuration on a previously unconfigured storage
array, you still need to determine the hardware and software features that
must be included with the storage array. When you configure a storage array
with an existing configuration, you must ensure that your new configuration
does not inadvertently alter the existing configuration, unless you are
reconfiguring the entire storage array. For example, to create a new disk group
on unassigned physical disks, you must determine which physical disks are
available. The commands described in this section enable you to determine
the components and features in your storage array.
book.book Page 46 Wednesday, June 8, 2011 12:20 PM