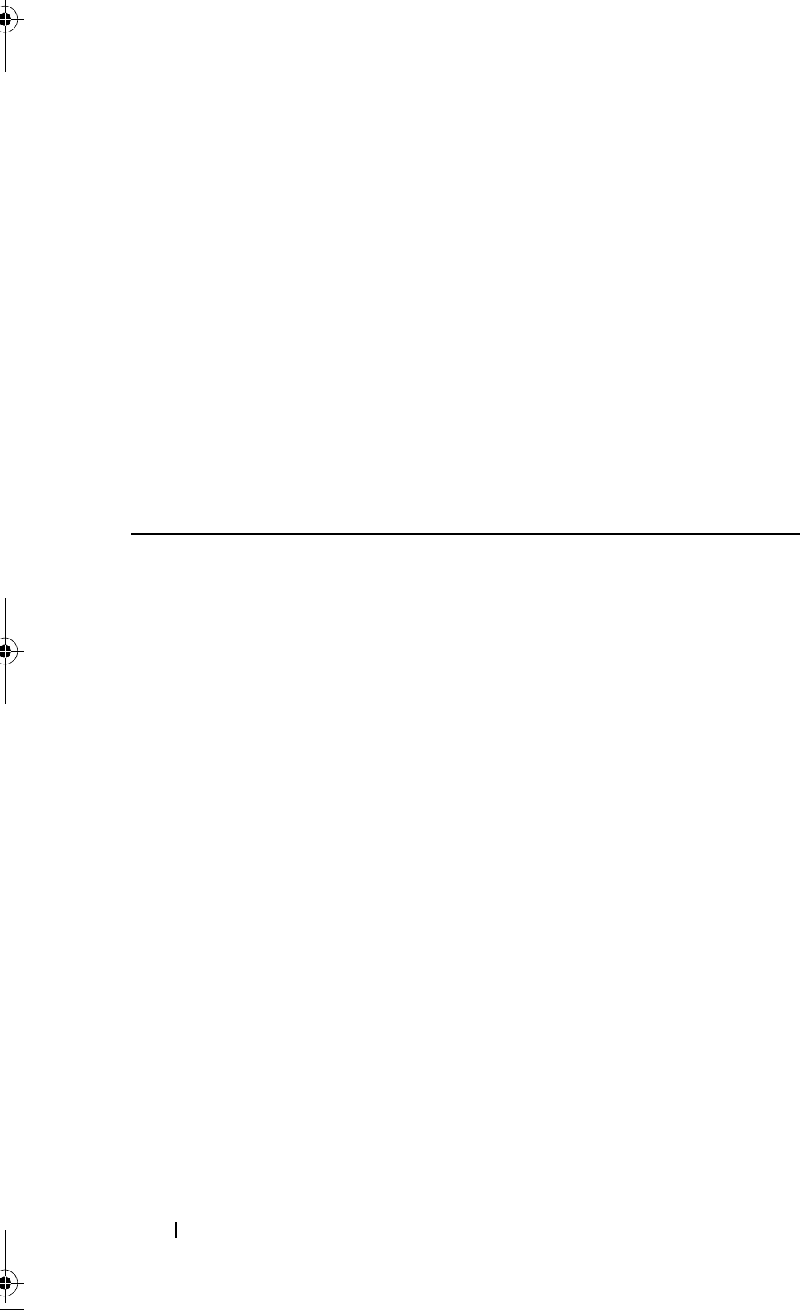 120 Maintaining a Storage Array
Performance Tuning
Over time, as a storage array exchanges data between the hosts and physical
disks, its performance can degrade. Monitor the performance of a storage
array and make adjustments to the storage array operational settings to
improve performance.
Monitoring Performance
Monitor the performance of a storage array by using the save storageArray
performanceStats command. This command saves performance information
to a file that you can review to determine how well the storage array is
running. Table 7-1 lists the performance information saved to the file.
Table 7-1. Storage Array Performance Information
Type of Information Description
Devices Devices are:
• RAID Controller Modules — The RAID controller module
in slot 0 or 1 and a list of the virtual disks owned by the
RAID controller module
• Virtual Disk — A list of the virtual disk names
• Storage Array Totals — A list of the totals for both RAID
controller modules in an active-active RAID controller
module pair, regardless if one, both, or neither are selected
for monitoring
Total I/Os Number of total I/Os performed since the storage array was
started
Read Percentage Percentage of total I/Os that are read operations (calculate
the write percentage by subtracting the read percentage from
100 percent)
Cache Hit Percentage Percentage of reads that are fulfilled by data from the cache
rather than requiring an actual read from a physical disk
Current KB/second Current transfer rate in kilobytes per second (current means
the number of kilobytes per second since the last time the
polling interval elapsed, causing an update to occur)
Maximum KB/second Highest data transfer value achieved in the current
kilobyte-per-second statistic block
book.book Page 120 Wednesday, June 8, 2011 12:20 PM